In early October of 2020, I got this CRT TV from a friend's workplace that was throwing many of these TVs out. It's a Toshiba MV13N2, manufactured in February of 2005.

It's a pretty low-end TV towards the end of the CRT era, but it still has a far better picture than the worn out Samsung CRT monitor currently relegated to my basement, my only other CRT. 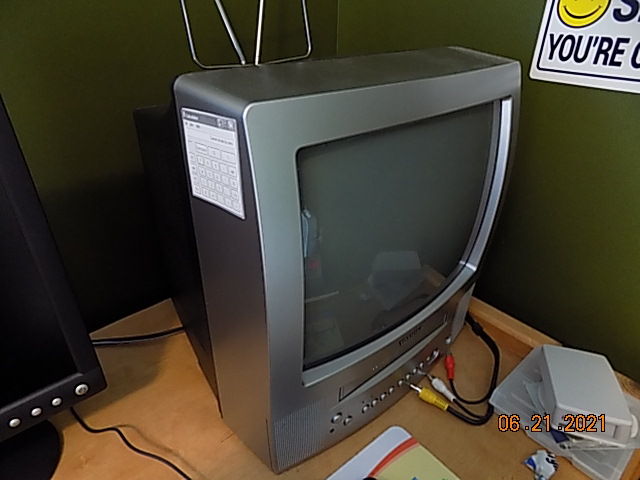 Because the US mandated that most (and eventually, all) TV stations become digital in 2009, the old analog tuners inside these TVs are totally useless, requiring an annoying little box to receive over the air TV.

The offensively cheap one I bought off Amazon died after less than 6 months of service, so currently, there is no actual TV. I'll buy a better DTV box eventually. 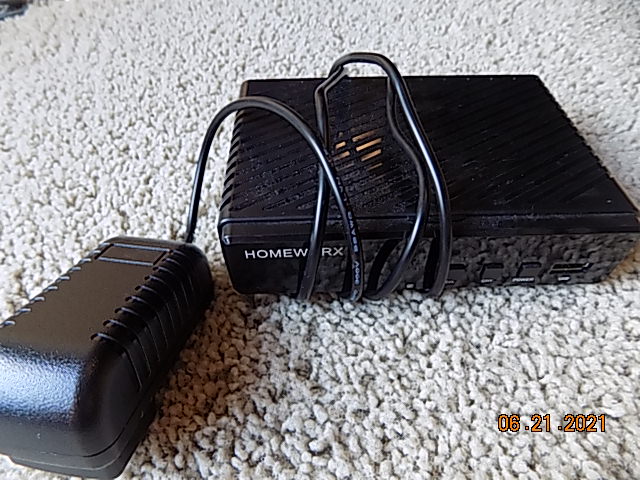 Speaking of poorly made electronics, my Hyperkin NES clone has lasted much longer than the DTV box, but it's still starting to fall apart. It does its job, though, and with more and more authentic NES systems dying, and the prices of functioning ones becoming absurd, one of these knockoffs is almost a necessity.

Hyperkin just needs to learn how to make a controller that doesn't feel like the buttons are made out of gummy bears. 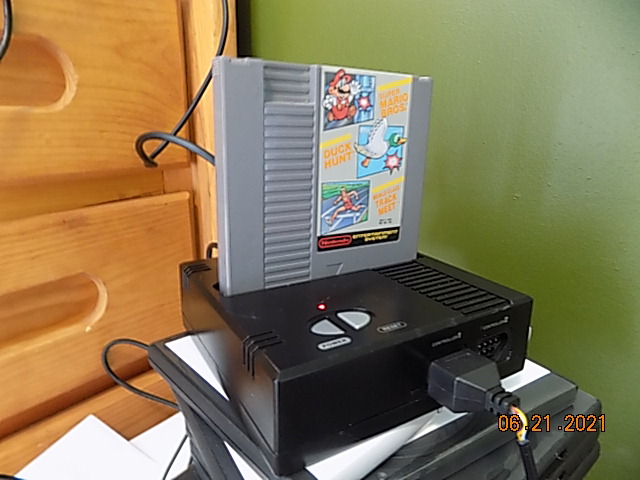 As I mentioned, the picture on this TV is pretty good, far better than I would've expected. It was used in a business environment for at least a decade, probably longer, and yet it's damn sharp.

The audio quality from the speakers isn't half bad, either. Even though it's one of those mid 2000s Walmart CRTs trying to stay relevant when LCD and plasma TVs were taking over, there was far worse made. 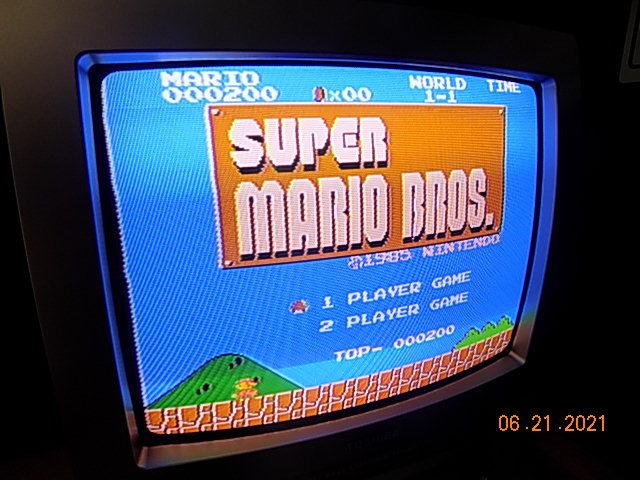 This is one of the only VHS tapes I have left; a bootleg copy of The Mind's Eye, a showcase of experimental 3D animation from the early 90s. I was the first to play it in 2 decades, probably longer. 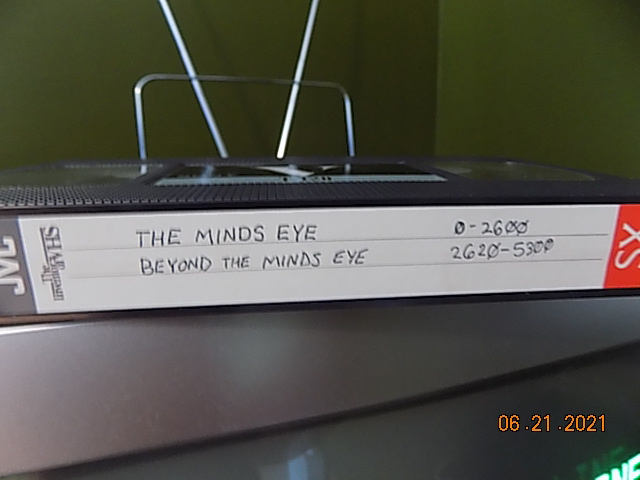 The VCR in the Toshiba still works, which is somewhat of a surprise, given how much it was used, and I don't think the VCRs in these old combo units were known to be very reliable. Slightly off-topic, but I remember some larger TVs cramming in both a DVD player and a VCR. Weird times.

You can find the full The Mind's Eye VHS tape on YouTube, if you want to watch it: https://www.youtube.com/watch?v=oKJzZQ9Ln-Y 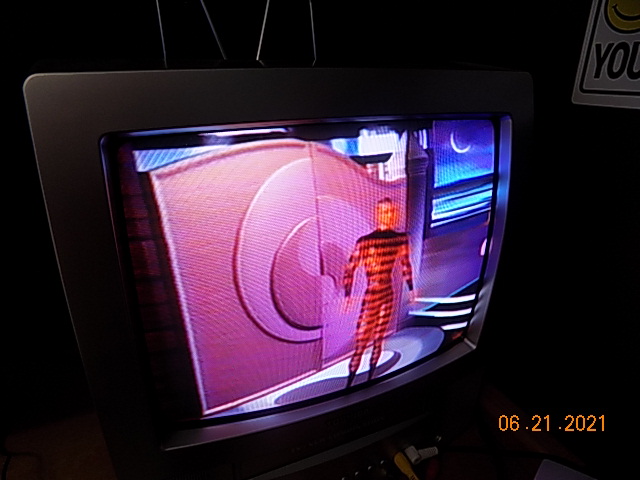