With old computer equipment, function is temporary. After decades of overuse, or in other cases, abandonment, everything begins to fall away. I was reminded of this when the CD-ROM drive in the Dell OptiPlex computer I wrote about wouldn't open.

You could hear it trying it's best to open, but the tray would not come out, as if the drive was jammed. After some research, I found that the likely cause of this is a poorly functioning belt... at least that's what I thought. 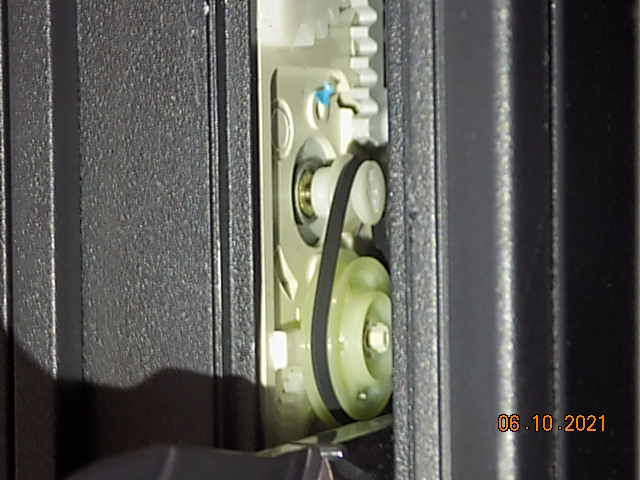 This is the previously mentioned belt that got cleaned; dirt, dust, & grease can eventually cause it to lock up. Some q-tips with alcohol on them to rub down the belt & the gears it attaches to is all I thought it'd take. Because no one cleans the inside of optical drives, I guessed this is a pretty common issue.

Unfortunately, I couldn't get the belt back on the gears, and got it stuck inside the drive. Unable to hook it back out of the drive, I had no choice but to disassemble the drive to get it out, forcing me to postpone the repair until the next day when I had more time. 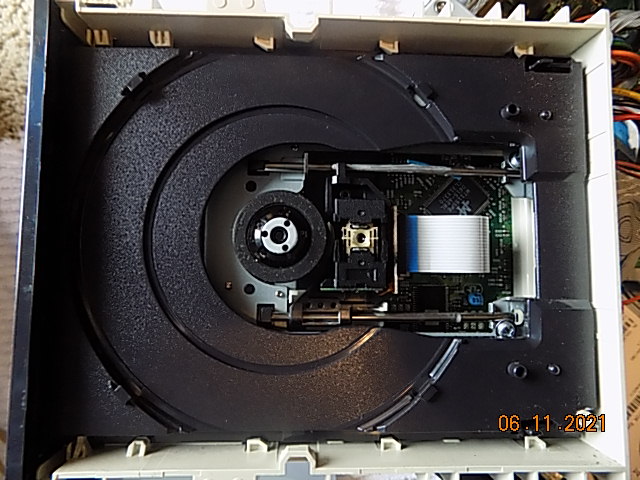 After a tedious reassembly, I figured the problem would be fixed, and I could go watch TV and chill.

The movement of the tray was noticeably smoother, the cleaning did something, but it still wouldn't open sometimes. It was not random when it worked and when it didn't; it would only open when it was positioned horizontally.

It seems this drive just doesn't want to work properly when it's vertical, even though it was fine the first month I owned this machine. I'll probably just throw a different drive in to this machine at some point, because not being able to read DVDs without an external drive is annoying enough. Before that happens, the ol' paperclip trick still works to get it open.

I promise to have more interesting content up soon, I'll hopefully be able to pick up some new equipment in the next couple weeks. I also have some existing junk, such as the old Toshiba TV that will likely be the subject of my next post.